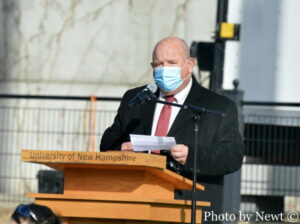 Leader Hinch kept the Republicans’ caucus united during a tough minority session during the last term. He worked tirelessly all summer for a Republican majority in the House this term and he achieved that goal.

Dick was a great team builder and he will be missed. “Dick was caring, a hard worker and the most fair man I have met in politics” said Deb Hobson (R–East Kingston).

—
The New Hampshire House Republican Alliance (HRA) was founded in 1997. The NHHRA is a group of Republican members of the NH House of Representatives whose goal is to make sure bills passing the New Hampshire Legislature are consistent with the New Hampshire and US Constitutions, to embody the traditional Republican values specified in the NH State Party Platform, and to be fiscally responsible to the people of our great state.